Sapphire is one of the earliest gemstones known. Its name is derived from the Hebrew word “sappir” which means “the most beautiful thing.” Sapphires are found in different colours, although the most famous and valuable is the rich and intense blue. The other colours are usually called “fancy colours.”

Sapphires come highly recommended for engagement rings. At the same time, they are excellent for everyday wear. It is important to pick the right colour for use. 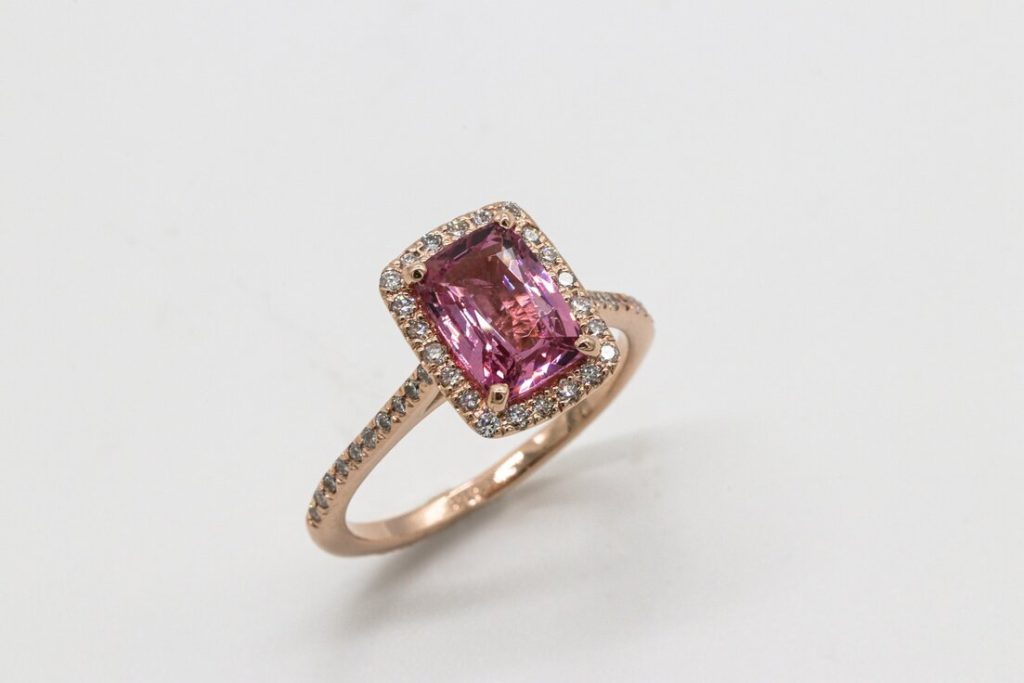 Pink sapphire is steadily increasing in popularity. It is a beautiful gemstone and has found its way to being used by brides. This is because it is taken as a symbol of love, loyalty, and sincerity.

Pink sapphires are fairly rare. It is nearly as rare as the red-coloured conundrum (ruby). They used to be only mined in Sri Lanka until new deposits were found in Madagascar. Since pink diamonds are very expensive, pink sapphires have become the go-to alternative.

It is made of corundum. The colour comes from a combination of iron, titanium, magnesium, copper, and chromium. Because of the several elements present, there are different shades of pink available. This also means that there are many options to choose a pink sapphire from. Pink sapphires are found mostly in small sizes and they usually have some form of inclusion in them. 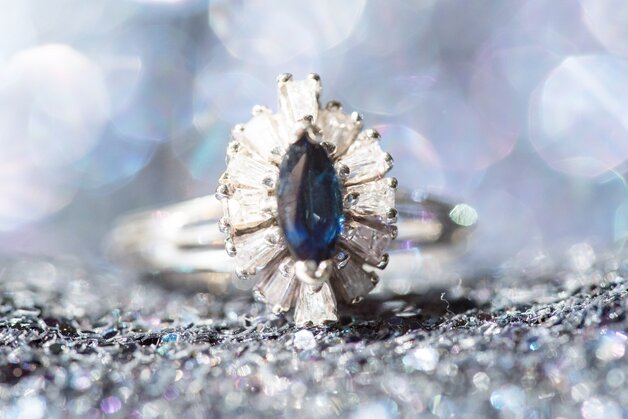 Blue is the most precious colour of sapphire. The primary colour is blue, but because it is a natural gemstone, the shades range from very light to intense dark blue. Some stones exhibit ‘colour zoning’ in which they show variations in colour.

Blue sapphires are used to represent loyalty, honesty, and truthfulness. This makes it ideal for use as an engagement ring. It is also used to show royalty, and thus it is found in the crowns of several monarchs.

The blue-coloured sapphire is associated with heaven, and it is said to attract wise judgement as well as divine favour. The Greeks used to wear it when they wanted to seek answers from the oracle, and the Hindus used it for worship. It is also believed to be the consolidated tears of Buddha in Sri Lanka.

It gets its colour from the presence of titanium and iron in corundum. The blue sapphire is produced by a charge transfer process. This is simply the transfer of electrons from one transition metal to another. 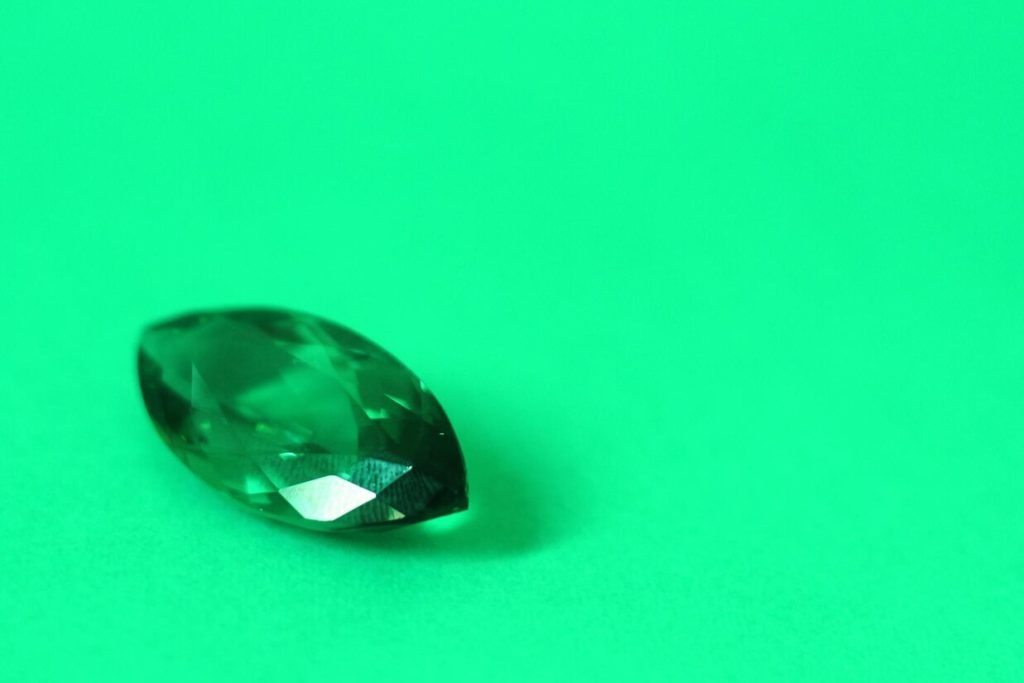 Green sapphires are greatly overlooked. It has a very soothing colour and always demands a second glance. Green is usually associated with money, but a green sapphire is used to represent loyalty and trust.

Green sapphire is coloured with iron. The iron interacts with the crystal of the corundum differently, thereby giving off its unique green colour. The green colour of the stone varies in tone and saturation. It can be found as a very light green or a very dark one, and all the shades in between.

There is a deposit of green sapphire near the upper Missouri River in Montana, USA, although it can be found where the other colours are mined. As well, blue sapphire can be produced from the green-coloured ones as well. 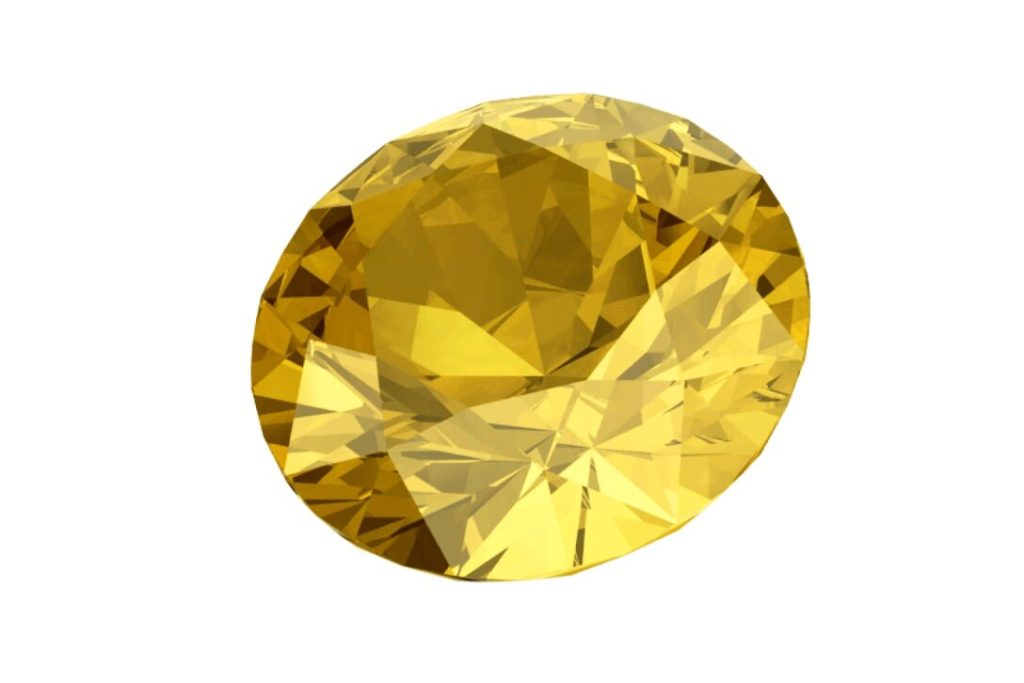 Yellow sapphires are as popular as pink ones. There are several shades of the colour and it can be found as pure yellow, pastel, lemon, or golden rod-coloured. Orange sapphires are usually grouped with them as well. They have a variety of colours, ranging from yellowish-orange to saturated gold.

A yellow sapphire is used to denote money and good judgment. It is the perfect gift for someone with a bright personality. The yellow colour is gotten from the presence of iron during its formation. Trace amounts of iron colour the corundum over the course of millions of years, giving it that warm colour that it possesses. Generally, increased amounts of iron metal will increase the saturation of the stone.

They are found in Sri Lanka, Thailand, Madagascar, Australia, and North America. They have a lower price tag when compared to the other colours.

Recently, lab-created and synthetic sapphires are a growing trend in the industry. They are chemically, physically and optically identical to their mined or natural counterparts. Sapphire is a very hard mineral—only diamond and moissanite are harder. It has been used for the production of jewellery for many years. Sapphire can be found in deposits across several continents. Sapphires can differ in chemical properties when they are gotten from different places. They can also contain different inclusions.