Angela Clayton is an 18-year-old budding costume designer from Long Island, New York. This teen has churned out some very impressive gowns inspired by everything from Disney princesses to renaissance art. Here is what she wants to say about her mad skills, Disney princess dresses and what’s next for her as told to Cosmopolitan.

How long have you been sewing?
I learned when I was really young because my grandparents sew. I was probably about 6. My mom gave me $20 to spend at Walmart on fabric, and I was ecstatic. But I had no patience for it. I made a pair of pajamas. I laid on the floor and I tried to trace around my legs and then I sewed the two pieces of fabric together. I only started making costumes about three years ago.

What was your first big sewing project?
The first thing I really finished was a school uniform from an anime show when I was 14. It took me about two months, which is kind of ridiculous, looking back on it now, because I can make it in, like, an afternoon. At the time, it was a really big project for me.

Why did you choose to make that particular costume?
I was into cosplay, making costumes or wearing costumes to conventions, and I couldn’t afford the costumes that were available online. I was like, “Oh, I’ll make mine! That will be great and easy!” It really wasn’t but I really enjoyed it. Then I stopped wearing costumes to conventions, but I continued making the costumes because I enjoyed the sewing aspect of it. I decided to just give myself more freedom for focusing on historical projects and original design. 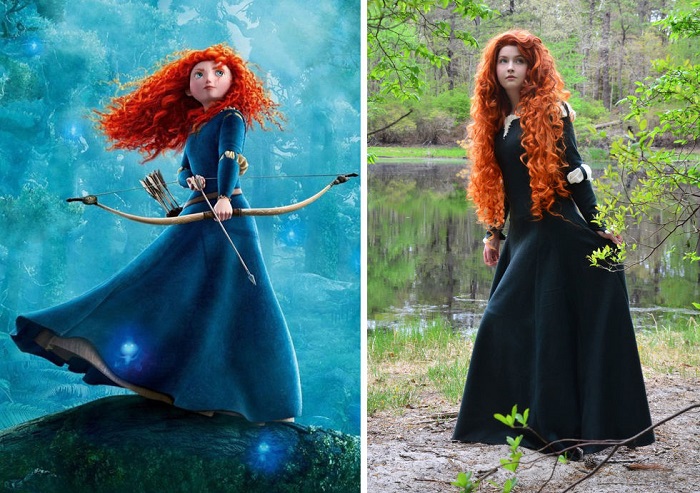 How long does it take you to make a typical costume?
It depends on the project. I have one that I’ve been working on since January and I’m still not done with it, but I hopefully will be finishing it soon. And I have others that I’ve made in a week or three days. It depends on how elaborate the costume is and how much time I am willing to invest in it. 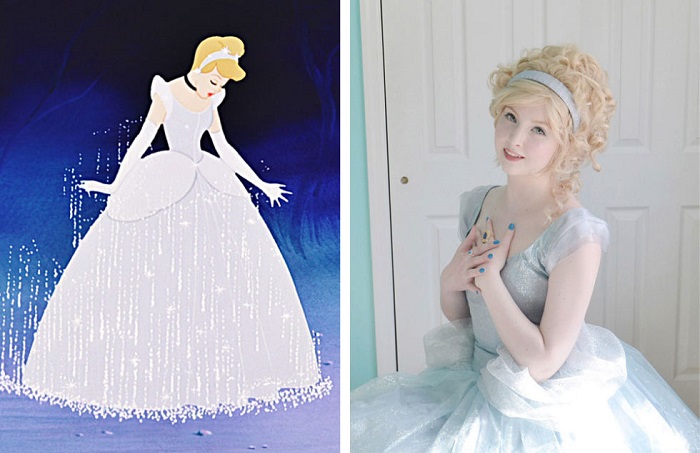 What’s your favorite dress you’ve ever made?
I really like the pleated dress that I made that has a matching bonnet and I really like my Christmas angel costume. Both of those came out kind of exactly how I wanted them to. 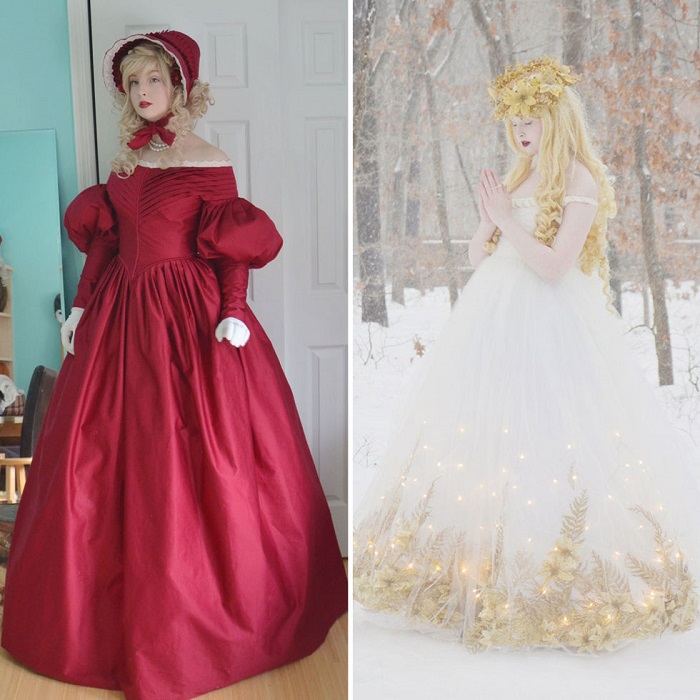 You must be really into Halloween.
I think it is a silly holiday. Everyone’s like, “Your Halloween costumes must be amazing,” but I don’t really celebrate, aside from eating candy. I don’t go out to parties or trick-or-treat or anything like that. The costumes I have worn on Halloween have been poor and half-assed because I just haven’t been willing to put a lot of time into them.

What do you do with your costumes, if you don’t like to wear them on Halloween?
I have a very full closet. I don’t live near any events where I would have the opportunity to wear them, so unfortunately they don’t really get out much, and they are just for photo shoots and stuff. 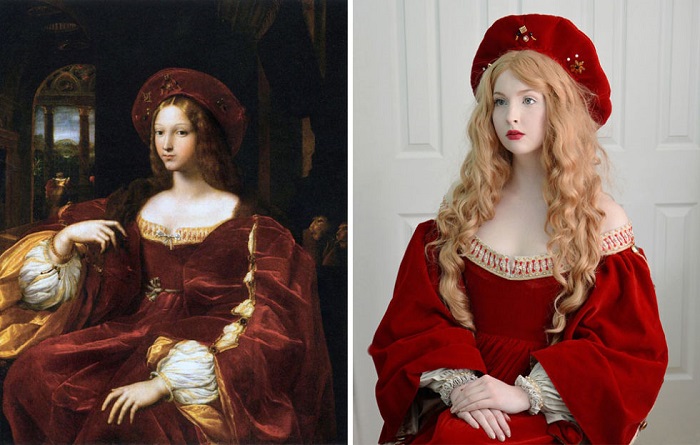 
How feasible do you think it is for amateur sewers to do the things you’re doing?
It depends on how ambitious you are and how much time you are willing to put into it. If you practice, you can definitely do it. It might take you a while. It comes naturally to some people but it is definitely something you can learn how to do.

Do you only make costumes for yourself or do you make pieces for other people?
So far I have only made things for myself. Just out of convenience. I don’t charge myself to model and I’m always available for fittings.

Do you see yourself making a career out of this or is it more of a hobby?
I hope that there is a future career that I will get out of it. I really enjoy doing it. I love making costumes and I love bringing ideas to life. If I could do that for fashion, especially for theater or film, that would be awesome. That’s like my dream job. 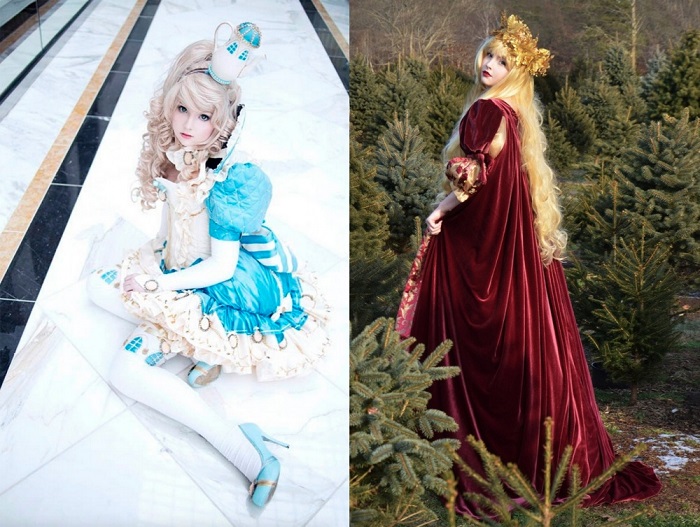 Are you planning to go to college?
I am more interested in getting hands-on experience because a lot of the jobs in the costume world require four years of experience in a workshop. I would rather go straight into that if I can instead of spending four years at school.

You can also visit her own  YouTube channel, where now she also puts tutorials.

You too want one but can’t sew it for yourself? Check out popgear for cool cartoon character clothes.