America has more than 15,000 airports, but you are likely to use just 500 of them when flying commercially. This is because only 3 percent of the airports have a runway to support a big commercial plane.

The other 14,500 are mostly used by small jets and private airplanes. A majority of the facilities are flight schools and for people practicing their hobbies. This is where aircraft repair and maintenance take place.

There is no doubt they don’t expect Kim Kardashian to show up. Luckily, there are many airports where you can land your jet, depending on your jet’s size.

People prefer to land in a private airport because commercial airports are jam-packed, which is not ideal for high-profile public figures who like their plans to be discreet. Private airports are a good alternative for people who wish to bypass international airports’ bustle and hustle.

According to this article, when it comes to choosing an airport to land your jet, location is critical. The Van Nuys Airport, Los Angeles, is one of the airports that are strategically located. It is located north of Hollywood, making it ideal for Los Angeles elites, including Hollywood personas and the Beverly Hills area residents. This airport has been featured in Hollywood productions as a backdrop for small and big screen features such as Madmen and Airwolf.

Some people may write off private airports out of fear that they may not have an accommodating runway. Well, this is partly true. There are some private airports with a runway long enough to accommodate big corporate jets. While it is true that most private airstrips cannot serve major commercial airlines, there is enough room for a private jet to land.

People often avoid small private airports when possible due to a lack of alternative runway, which causes delays due to bad weather. Some people have also reported rougher landings when the winds are strong.

Benefits of Landing on a Private Airstrip

Large commercial airports do not allow vehicles on the tarmac to pick up or drop off passengers. However, on remote airstrips, passengers can be dropped off by the plane for departure. On arrival, passengers can step out of the flight and get on a red carpet as they walk into their waiting limousines without delays or hassles going through a terminal or searching for a car waiting for them.

Most people use private jets so that they can enjoy the luxury of traveling privately. Besides, these passengers can get through custom procedures quickly. They do not have to queue in a long line, waiting to get through security.

In large commercial airports, mandatory custom procedures can be hectic and time-consuming. This is disadvantageous, especially when the passenger is trying to save time. At smaller private airstrips, customs procedures are done for you. You will have agents boarding your plane to review paperwork and clear you to move freely. 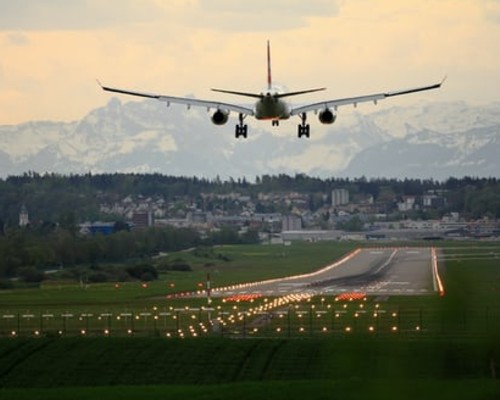 At times, it makes more sense to fly out or into a commercial airport. For instance, let’s say you are flying on a commercial plane from Europe, and it will land on JFK. Instead of driving to a regional airport at Teterboro or Farmingdale to board your jet, it will be much easier if your jet was waiting for you at JFK.

Large airports handle a lot of traffic, some departing, and others arriving. This means waiting for long periods and delays for private flyers.

Disadvantages of landing on a commercial airport

International airports have stricter security checks, and this makes it more difficult for private jets to land. Private planes are usually put in a holding pattern, as the commercial airlines are given a priority. Such delays defeat the purpose of paying for a private jet.

In commercial airports, landing and take-off slots are reserved for commercial flights. The air traffic control will direct your pilot to maintain low speeds on the runway to have adequate spacing from larger airplanes. This is a trying experience, even for the most experienced pilots. In most cases, the landing is undesirable.

It may sound funny, but it is relatively easy for a pilot to get lost on a large commercial airport. Taxiing is taken for granted on passenger planes. However, if the pilot is unfamiliar with the airport, you might end up heading in the wrong direction. This could cause embarrassment and take off the gloss on your VIP experience.

3. How to Choose the Runway

When determining where to land your private jet, you should consider the runway’s length and the type of the jet. Aircraft manufacturers must evaluate the features of a runway for each jet.

When it comes to runway length and private jets, you should consider factors such as the aircraft’s weight, altitude of the runway, and environmental conditions such as temperature. The type of jet is the most significant determinant for whether the runway is long enough for the jet. Generally, the larger the aircraft, the longer the runway.

Elevation also affects the choice of an airport. For every 1000 feet of elevation, you need to increase the runway length by 500 feet. Density altitude is significant as that is what pilots use to determine how a plane will land or take-off in high altitude airports. Air density is determined by:

Since air is less dense in high altitude and high-temperature areas, the area is left with less air to support the jet, so more ground speed is needed to lift the plane at take-off. This calls for a longer runway. These factors determine the ideal airport to land your private jet.