Endometrial ablation is a medical procedure that entails the removal of the uterus lining. This procedure may be beneficial for females who have irregular or lengthy menstruation. Moreover, women who have bleeding in between periods may benefit from it.

Often, an Obstetrics & Gynecology doctor may prescribe medicine or an intrauterine device (IUD) to alleviate painful or heavy menstruation. If none of these medications are effective, endometrial ablation may be considered.

Read on to know more about endometrial ablation, why it’s done, and how it’s done.

What Is Endometrial Ablation ?

Endometrial ablation is an endoscopic treatment that may address excessive menstrual bleeding (periods). This method works by removing or killing the tissue in the uterine lining. This tissue is known as the endometrium. Moreover, since the endometrium is the layer that triggers bleeding, removing it may help restore regular or lighter monthly flow.

In addition, since the procedure is minimally invasive, it doesn’t require any incisions. The surgeon will insert thin instruments into the tube connecting the vagina and cervix. Moreover, the instruments used to destroy the endometrium differ according to the approach utilized.

Furthermore, certain methods of endometrial ablation may be performed in the physician’s office, while some require an operating room.

What Are The Types Of Endometrial Ablation ?

In this method, extreme cold is applied to the endometrium through a tiny probe. Then, an ultrasound monitor is placed on the belly to assist the practitioner in guiding the probe. Moreover, the duration of this treatment is determined by the thickness and form of the uterus.

This procedure uses a hysteroscope to inject saline into the uterus. When the instrument reaches the uterus, the saline solution is warmed to a temperature that destroys the lining. It takes roughly ten minutes to complete the procedure. This technique may be effective on uteruses with an uneven shape.

A flexible instrument with a mesh tip is inserted into the uterus in this procedure. The mesh will then emit radio waves, which will cause the lining to heat up and deteriorate. This procedure takes between one to two minutes.

This method utilizes electricity to remove sections of the uterine lining using a resectoscope and a viewing lens. With the use of the viewing lens, the doctor can look into the uterus and keep track of how electrical currents are changing the endometrium into scars. Moreover, general anesthesia is required for this process. 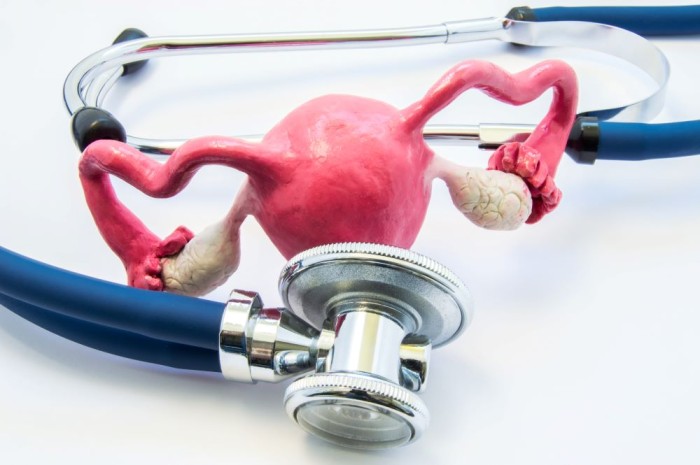 Certain women suffer unusual menstrual bleeding, like spotting for a full month, strong discharge throughout periods, or irregular menstrual cycles. If you’ve ever had trouble with these symptoms, you’re well aware of the toll it can have on a person’s overall well-being.

Moreover, menstrual bleeding issues might be a result of hormonal imbalances. This is particularly rampant in women approaching or following menopause. Additionally, irregular tissues like fibroids, polyps, or endometrial or uterine cancer might contribute to this condition.

Treatment for this inconvenient-to-insufferable problem often begins with hormone medicine, although other treatment choices are available. As mentioned earlier, if these treatments don’t work, doctors may recommend endometrial ablation.

Who May Undergo Endometrial Ablation ?

To evaluate eligibility, physicians do diagnostic work-ups to discover the source of irregular bleeding. Premenopausal and perimenopausal women with heavy menstrual bleeding are ideal candidates for the process. Moreover, women with the following characteristics may also benefit from the procedure:

Furthermore, women are ineligible for endometrial ablation if they are/have:

It’s uncommon that you’ll be injured in an ablation process. However, a few significant complications might occur during the process. Endometrial ablation tools may potentially pierce or form a hole in the uterus. This may result in major bleeding or issues with other organs around the uterus.

Moreover, fluids employed in several of these procedures may potentially leak, resulting in burns. In addition, electrosurgery fluids may induce an electrolyte imbalance. This imbalance occurs when your body has an abnormal or deficient amount of essential salts.

How Long Is The Recovery Period ?

It may not take long for a patient to recover following an ablation. Recovery time might range from a couple of days to several weeks. However, it’s important to take care of oneself during this period.

If you’ve undergone the procedure, consult the doctor to determine when you may resume routine activities. You may also ask when you could resume exercise and sexual activity. However, your doctor may urge you to abstain from sexual activity and use tampons. If you experience pain, see your doctor to determine which medications are safe to consume.

Endometrial ablation may be an effective treatment option if you’re experiencing excessive or prolonged menstrual bleeding. However, it’s not a viable choice for every person. Endometrial ablation is often reserved for last resort after other options, like hormonal medication or an IUD, have failed.

In certain cases, the effects of the procedure aren’t long-term. If a patient remains to have heavy or prolonged periods after the procedure, she should see her physician. The doctor may be able to suggest another treatment plan.