The Many Benefits of Berberine (and a Few Risks)

Using supplements is a crucial part of your diet, especially if you’re following a strict diet dictated by a nutritionist. One of the most common supplements people like to use is Berberine.

These little yellow pills have a wide range of benefits that can outmatch other supplements. Having a natural chemical composition and numerous benefits could compel anyone to replace their combination of supplements in favor of using Berberine.

If you’re interested to learn more about this supplement, take a look at the following benefits.

One use for Berberine is to fight off bacterial infections, due to its effective antibacterial activity in the human body. The Methicillin-resistant Staphylococcus aureus (MRSA), a bacteria known for causing many health problems like pneumonia, sepsis, as well as a wide variety of skin conditions, is quite resistant to drugs administered to combat its effects.

It is also responsible for a large percentage of mortality and morbidity in hospitals. This led researchers to use more natural substances to fight off the lethal bacteria. Thus, they started using Berberine, which has shown antimicrobial activity against different strains of MRSA and started reducing the effects of the bacteria significantly.

These promising results show that Berberine could very well fight off other types of bacteria.

It Can Work as a Diabetes Treatment

Berberine has also shown positive effects on diabetic patients. People with diabetes have a hard time picking up foods that their bodies can digest and a difficult time finding the right supplement that can complement their diets. However, multiple research papers show that using Berberine along with other drugs was effective in lowering blood sugar levels rather than using drugs alone.

They also indicated that consuming Berberine is better than using a placebo to lower blood sugar levels. These findings show that using Berberine treatment is better for diabetic people who can’t use diabetic drugs due to a heart condition, a kidney disease, or liver failure.

A lot of people who are trying to lose weight substitute their supplements for Berberine, as it has proven its capability of reducing the body mass. A study has shown that its participants were able to lose about 3.6% of their body fat after using a specific amount of Berberine supplements (500 mg of Berberine taken 3 times a day).

It has also shown outstanding results when consumed by people with metabolic syndrome (300 mg 3 times a day). Another study has shown that Berberine can work similarly to the drug Metformin, a drug that is used for type 2 diabetes. That’s why it can be effective against obesity and diabetes.

With heart disease being the main cause of premature death worldwide, researchers are doing their best to find the best methods possible to prevent these diseases from endangering people’s lives. Many factors, like high levels of total cholesterol, HDL cholesterol, LDL cholesterol, and blood triglycerides, can induce heart diseases.

Surprisingly, Berberine was tested while monitoring the levels of these factors. As it turns out, it had a reducing effect of these compounds in the bloodstream; thus, reducing the chances of heart diseases. Note that diabetes and obesity can also contribute to inducing a heart attack and Berberine combats all these factors effectively. 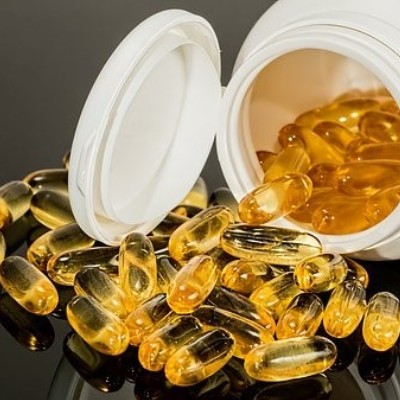 If a woman shows high levels of male hormones in her bloodstream, it is probably because she is affected with polycystic ovary syndrome (PCOS). Unfortunately, this syndrome can cause both metabolic and hormonal imbalances, leading the body to lose its valuable chemical equilibrium.

A comprehensive treatment of hormones, like taking birth control pills and progestin therapy, is going to help reduce the effects of this syndrome. However, PCOS is also associated with high levels of cholesterol, high blood pressure, and also high percentages of insulin and diabetes.

Because Berberine is known for its capabilities of alleviating the aforementioned symptoms, it can be used as a treatment PCOS. In addition, some doctors prescribe Metformin, which, as we’ve mentioned before, has the same effects as Berberine. This further proves that Berberine can be used to treat PCOS.

Risk to Fetuses and Children

On the other hand, there have been many safety concerns regarding the usage of Berberine. Some people claim that it is not safe to be administered to children, especially during pregnancy or breastfeeding. If taken during pregnancy, Berberine can cross the placenta, causing brain damage to the unborn child.

Kernicterus, a rare type of brain damage happens when a child has a severe case of jaundice. In addition, it may prevent the liver from ridding children’s bodies from Bilirubin, which is a chemical that is secreted to the bloodstream when old blood cells die. The liver prevents Bilirubin from staying for too long in the bloodstream; however, this won’t happen if Berberine inhibits the liver from functioning properly.

It May Not Work Well with Diabetes Medications

Similar to the way with which it lowers blood pressure, Berberine can be quite risky for diabetics who are already using an insulin treatment. Because both can be quite effective in lowering blood sugar levels, they might do so to a dangerous degree.

Only your doctor will be able to tell you how much you can use Berberine along with your medication and whether or not you should consume it in the first place. So, always proceed with caution if you’re diabetic.

Berberine has its benefits as well as its risks. Like all drugs or supplements, there could always be side effects. So, don’t disregard these risks in favor of the appeal of these benefits. Usually, a doctor or a nutritionist will know what type of supplements you need and the exact doses to take, so always make sure to pay a visit to a nutritionist first before you decide on buying Berberine.