Romania’s capital city Bucharest is not known as a powerful tourist attraction. Therefore, most tourists spend little time in the city before traveling on to Transilvania. However, the city is far nicer than most people imagine. A few interesting sights make it worthwhile to spend a few days in Bucharest. Especially, if you want greater insight into Roman culture and history. Bucharest currently has around 2 million inhabitants, depending on how you count.

People often imagine it as consisting of typical communist architecture with gray dilapidated apartment buildings. But this is only part of the picture, and not prominent in areas where tourists have reason to reside. On the contrary, the central part of Bucharest is inspired by Paris, which has given the city long wide boulevards and avenues. In fact, the city was formerly called “Little Paris” precisely because of this. After the fall of communism, a number of modern buildings have also been built. Architecturally, Bucharest is today a mixture of old and new.

Old and New, Side by Side in Bucharest 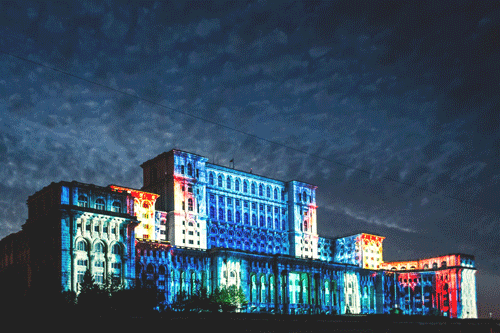 The old side is there to remain us of turbulent past. While the new face of this city consists of many touristic attractions that happen throughout the year in the fashion of internationally famous Bucharest stag do nights or amazing cultural events that are happening at any moment. Whatever the reasons are for your visit its impossible to evade some of the most prominent landmarks that this city is proudly representing. Bucharest’s best-known landmark, and perhaps what most people associate with Romania, is the Parliament Palace, one of the world’s largest buildings in terms of volume.

Seen from the outside, the building may not seem as large as expected, probably because it is on a hill and you have nothing to compare with. To get a sense of the proportions one can try to walk around the building, which one will find to take an awfully long time. The Grand Ducal dictator Nicolae Ceausescu began the construction of the Palace in the 80s while Romania was in a deep economic crisis and a significant part of the state budget agreed to the construction. In addition, to accommodate the palace and the avenue in front, much of the historic Bucharest was demolished, including many churches and synagogues. Some churches were also moved, so they should not be prominent in the cityscape.

Ceaucescu was overthrown before the palace was finished and the Romans were left with an unfinished building they did not need and which they did not know what to do with. Finally, they decided to use it as a national assembly, but this only takes up a fraction of the over a thousand rooms. Most of it still stands unused and anyone can actually rent premises there, for example, for larger events or festivities.

Most tourists are happy to take a guided tour where one can see around 1% of the building, including the view of Bucharest from the balcony. Before the trip, one must deliver his passport and go through an airport-like security check. A guided tour costs approx. 50 kroner, plus extra if you want to photograph. In the park on the back of the palace is the world’s highest orthodox cathedral during construction and it will probably be a big attraction when it is finished by the end of 2018. 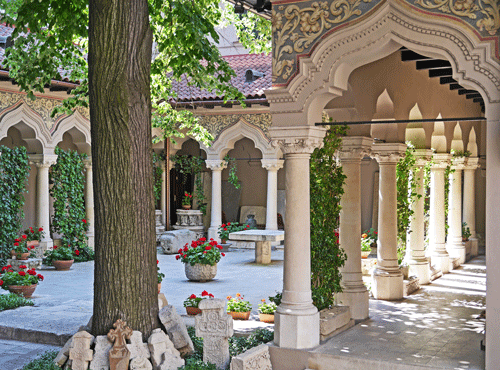 The rest of Bucuresti’s sights are a little less “extravagant” and each may not be something that attracts large numbers of tourists. An excellent introduction to Bucharest is provided by meeting up on the free daily guided walk. It deals with the central parts of the city and provides a nice introduction to Bucharest so that afterward you can explore on your own. For tourists who only have one day available in the city, this walk and a visit to the Parliament Palace will provide a good overview. The same company also has a guided bike tour around Bucharest which is a very good value for money.

Bucharest has an old town but it is strictly not very old since most of the buildings were erected in the 19th century. It is, in any case, a pleasant area that is heavily renovated and has some streets with restaurants and bars close by. The most interesting building is probably the old inn Hanul Manuc, Bucharest’s oldest working hotel until it was closed for restoration some years ago. You can, in any case, get into the courtyard and see the traditional architecture that stands out completely from the rest of the old town.

Romania was the only Eastern European country where the 1989 Revolution led to struggles and loss of human life. Actually, it is not entirely clear whether it was actually a revolution, or just a coup, for the end result was that one of Ceaucescu’s closest allies took over power. Anyway, at the Revolutionary Place, the Communist Party’s old headquarters is where Ceaucescu held its last speech and for a while lost control of the masses, the day before he had to flee the city in a helicopter. (See the full dramatic speech here.) Otherwise, a little odd monument stands in the square, a kind of “tip” in honor of the dead during the revolution. Some have shot at it with a paintball gun so it has a blood-like spot at the top, but this is not part of the original sculpture. Nearby is the magnificent concert hall (Romanian Athenaeum) which is a beautiful building with the appearance of a Greek temple.

The Abundance of Cultural Sights in Historic Place 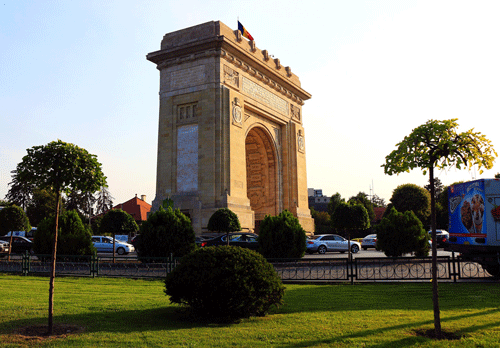 Bucharest has a number of museums but not everyone is as exciting for tourists. However, the award-winning Peasant Museum is quite interesting and is a type of museum that does not exist in many other places. You don’t have to travel far beyond Bucharest to see that Romania is still essentially a farming community and the Farmers’ Museum provides insight into the rural life and exhibits many objects, costumes and the like from the countryside. The museum is spoiled by exceptionally grumpy staff whose main task is to prevent people from photographing but are definitely worth a visit.

North of the city you will find the giant Herastrau park with a large lake. This is a nice place to stroll around and relax on a hot day. The Ethnographic Village Museum is also located inside the park and exhibits hundreds of authentic old houses from the countryside. The park also has a memorial to pop star Michael Jackson (for some reason he was particularly popular in Romania) and the Arc de Triomphe (slightly smaller than the one in Paris, admittedly) is close by. Bucharest has on the whole very many large parks and green areas. In the vicinity of the center is, for example, the Carol park with a mausoleum and monument to the unknown soldier, where a small ceremony takes place with a change of guard every night.

Bucharest is very easy to get around in, many thanks to the efficient metro system. The four metro lines cover virtually anywhere a tourist needs to visit. As a rule, there is plenty of space on the trains as well. In addition, there are both buses, trolley bus, and tram but apart from the bus to the airport you hardly need these. The easiest way to get to Bucharest is with Wizzair who has a direct flight from Torp twice a week. The prices also tend to be relatively low. With other airlines, it is usually a long travel time due to flight change, but it can nevertheless be worth checking the prices of Skyscanner or similar.