Are you looking for the best celebrity eternity rings? Do you need some inspiration for the accessory that you’ll carry with you in the next chapter of your life?

If so, you’re in luck! Here’s a handpicked list of celebrities who we think have nailed it with their eternity ring choices.

From small and understated bands to bold statement pieces, these celebrities are doing eternity rings right.

What are Eternity Rings?

Eternity rings, also known as eternity bands or infinity rings, are a continuous band of diamonds that encircles the finger. Eternity rings are usually worn by women on the ring finger of their left hand. In some settings, they can be worn on the right hand or even both hands simultaneously.

Most eternity rings have diamonds going all the way around the band. To maximize the sparkle of these gems, eternity rings must be polished thoroughly and worn occasionally.

But there are infinity rings where both sides of the diamonds meet each other or even touch without any metal dividing them into two separate rows. Such bands offer a completely different look and are perfect for those who want something more unique to show off their style.

Let’s look at the list below to see which celebrity’s style resonates with you the most. 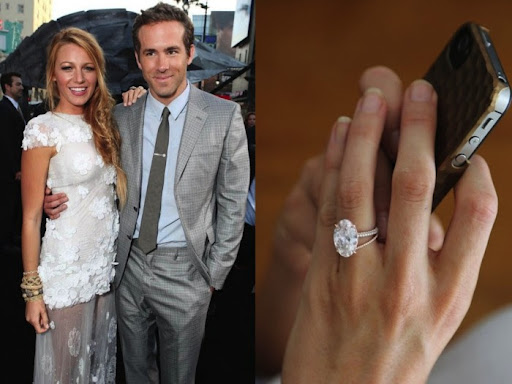 The fine rose gold in this micro set band brings out the pure undertones of these diamonds and a warm touch is added to her hand as she wears it. Quite a lovely spectacle – and also a match with her husband right beside her.

The LA-born actress is well-known for her roles in Gossip Girl and The Shallows.

Who knew Justin Timberlake had it in him when he proposed to Jessica back in 2012 with a gorgeous eternal ring?

Jessica Biel, most known for her roles in The Sinner and The Texas Chainsaw Massacre, has chosen a delicate micro-set band to sit with her engagement ring in white metal. However, instead of choosing the traditional rose gold like Blake Lively’s eternal ring, she’s opted for yellow gold this time around. Nonetheless, consider us a fan of her lavish and luxe style! 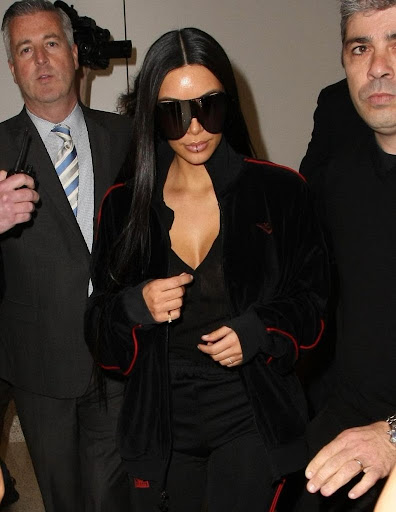 Kim Kardashian, the famous lead star of the hit reality show Keeping Up With the Kardashians and founder of KKW Beauty, opted for a simple, thin diamond eternity band to compliment her look. Her minimalistic ring isn’t too flashy, but it remains grounded and elegant and suits her fashion style.

If you want to copy her look, this pave-set eternity band might be just the ring to elevate your style. 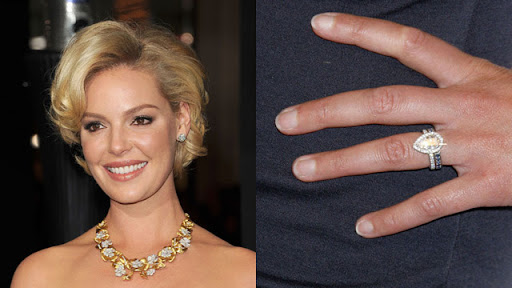 Now that Katherine is the wife of musician and actor, Josh Kelly, she has been seen wearing her three-carat pear halo diamond ring everywhere. Famous for her roles in Grey’s Anatomy and recently in Firefly Lane, Katherine Heigl is one to adore.

Her wedding band remains tight on her fingers as it sparkles with many other rings and decorations in the months and years following her engagement. The shine of the diamond in this eternity ring looks impeccably good. Katherine Heigl has certainly made a statement with this style that many women are sure to admire! 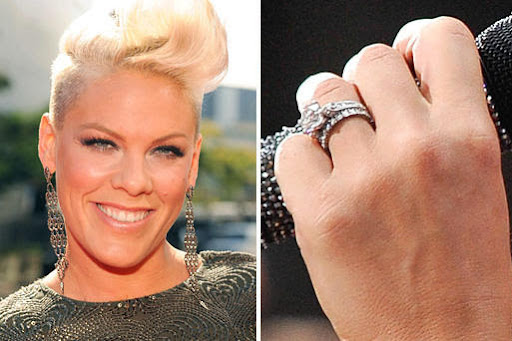 Iconic pop star, Pink (stylized as P!nk), has gone for a classic diamond eternity band that goes beautifully with her other rings. Her first ring from husband Carry Hart she wears on the right hand is a princess cut diamond wedding band. It’s a contemporary-style choice, with a twist from other engagement rings — this band has the gems going all the way around!

The vintage vibes of these pieces come together quite nicely. Pink’s keen sense of fashion is definitely one to admire. 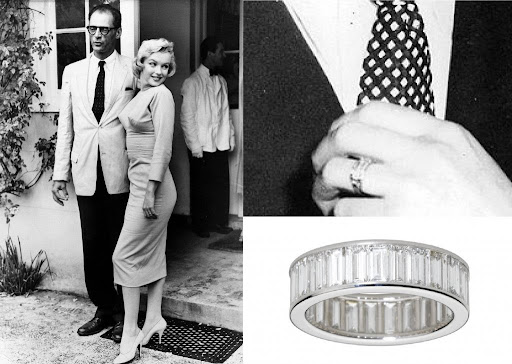 Let’s kick it back to the classic era of the 50s, shall we?

Marilyn Monroe is a classical Hollywood actress who’s been gifted by her husband, baseball centre fielder Joe DiMaggio, a beautiful platinum eternity band with 35 baguette-cut diamonds. Out of all the places, her proposal took place at the local City Hall on January 14, 1954.

Since this happened quite a few decades back, this diamond ring was also up for bidding in The Personal Property of Marilyn Monroe sale. It only had 34 baguette-cut diamonds, but it still sold for a whopping $772,500 to the highest bidder. Talk about a premium price! 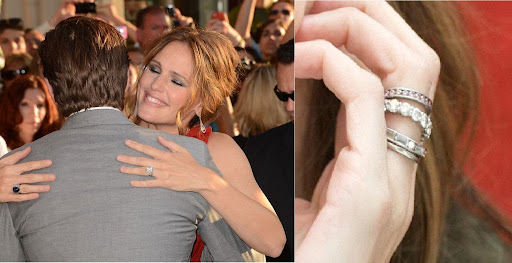 Jennifer Anne Garner is an American actress who continued rising to fame after marrying Ben Affleck, a Hollywood A-lister. The pair got engaged in 2003 when he proposed with her large 4.5 karat engagement ring. She has appeared on several occasions wearing both a baguette-cut diamond eternity ring and the brilliant round eternity ring. Who says one is enough? 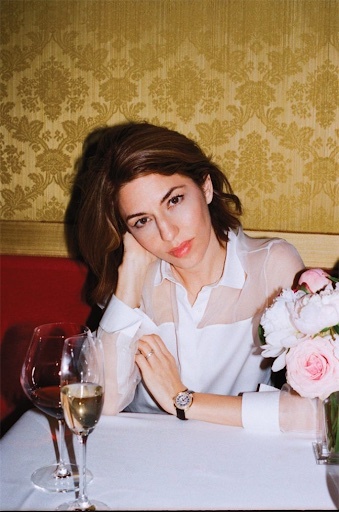 Sofia Coppola, with appearances in hit movies Lost in Translation and The Virgin Suicides, is known to possess several luxurious pieces of jewelry, and accessories to pair off with it. Her Cartier eternity band, given by Thomas Mars, is strategically placed to accentuate various points of her outfits. Upon closer inspection of the ring, one can see a square silhouette and little indentations on the side, likely taken from the Maillon Panthere wedding band collection of Cartier.

A standout, this ring can be seen wrapped around her finger in various public appearances. And we’re all up for it. 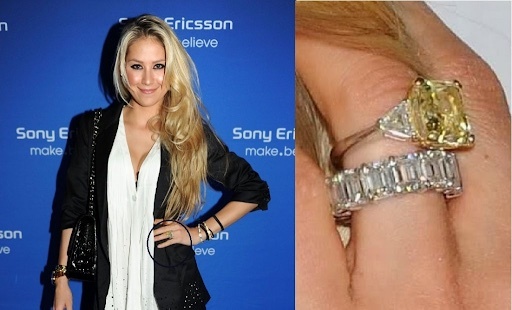 Anna Kournikova, a Russian-American tennis star and TV personality, is no stranger to luxurious jewels wrapped around her fingers. One of her eternity rings contains a magnificent emerald cut diamond set, beautifully mounted on a platinum band.  This diamond eternity ring perfectly complements the Yellow diamond engagement ring given to her from her spouse, Enrique Iglesias. Anna’s sophisticated look makes this one of our favorite aesthetics – no contest!

There you have it, some of Hollywood’s best rings. If you’re looking for something glamorous for your hand, then we hope the examples above served as inspiration for your next chapter.