Being an empowered woman is à la mode like never before. We see, hear, and feel feminine movement spread across the globe. Women encourage one another to push boundaries and go after their goals no matter what. The liberty to choose what’s best for you and never opt for what others press you upon is, in fact, the liberty to be a woman.

However, the mastery of being a woman professional requires a bit different set of skills, such as gutsiness and flexibility. As more and more women embrace bigger career opportunities, many still struggle to put up with patriarchal working norms. What it’s like to be surrounded by male professionals who lead the industry? It takes courage to stand up against obsolete yet enforced standards. No matter what kind of position you held now: UI/UX designer at another start-up or freelance essay writer, you can seek inspiration from the movies below.

Take a look at these women. Our present-day superheroines. Because of stout-hearted effort and commitment to goals, they followed their ambitions, achieved success, and gained global recognition. They aren’t the first and definitely not the last. It comes as no surprise that empowered woman and their achievements remain a popular subject to many filmmakers.

From jaw-dropping stories of Margaret Thatcher and Coco Chanel to entirely fictional narratives, these films’ heroines build careers, raise children, and prove that women can lead a successful business (if anyone still doubts that). 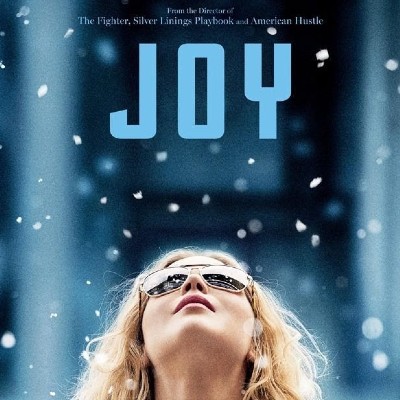 Joy is the story of the title character, who rose to become the founder and matriarch of a powerful family business dynasty.

Portrayed by Jennifer Lawrence, Joy’s dramatic story cannot leave even the most tough-hearted viewer indifferent. This brave and courageous woman has turned from an ordinary homemaker into a successful self-made businesswoman. A talented entrepreneur and a vivid role model, Joy’s biography has become a source of inspiration for many women who are just looking for their place in this world. 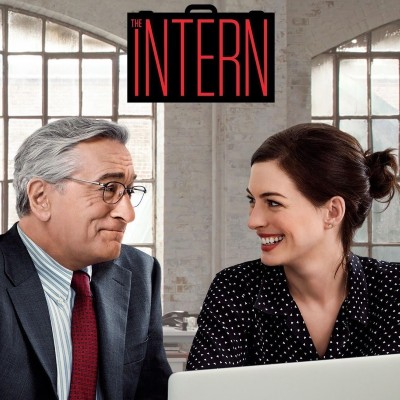 First, this story aims to inspire older people to take action and follow their heart’s desires. However, a major thread running through this narrative is the struggle of an empowered self-made entrepreneur. A woman entrepreneur. Founder and CEO Jules Ostin made her e-commerce business from scratch. Her ungraspable devotion to the cause is admirable yet not enough to vindicate her leadership efficiency to funders.

A touching comedy-drama with a stellar cast is a source of inspiration for many female entrepreneurs. And a good plan for an exciting movie night. 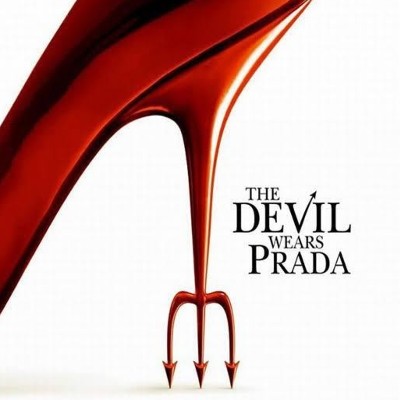 Looks like Meryl Streep was born to portray lady boss characters. Her Miranda Priestly is an iconic example of a successful businesswoman. She was honored with a Wiki page and admiration from millions of women worldwide. As a tough leader, she uses her sublime forwardness as a driving force to earn respect and silent rapture. Her passionate and straightforward expressions made history and remain relevant to this day.

In her case, success came with an inevitable sacrifice. Whether you like her or hate her, you cannot but respect her willingness to sacrifice personal life for fashion’s sake. Miranda put her career first and seemed never to regret this decision. 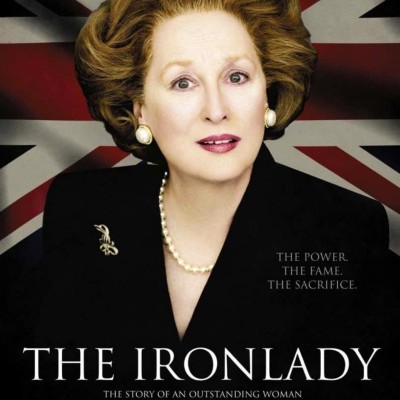 Bet there isn’t a person in the world who hasn’t heard of Margaret Thatcher. The first woman and longest-serving Prime Minister of the United Kingdom of the 20th century. A nickname that became associated with her uncompromising politics and leadership style also made history as a successful biographical adaptation.

The success of Margaret Tatcher is considered to be quite controversial since her political career gained as much criticism as admiration. Still, her tremendous impact on British history is simply rude to ignore.

How a former chemist researcher became the leading figure of British politics? This movie is a must-see for everyone who lacks the courage to stand for their ambitions and beliefs. Besides, a glorious portrayal of Iron Lady brought Meryl Streep her second (and well deserved!) Oscar win. 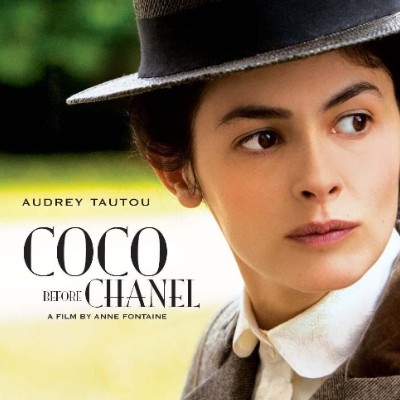 Another great adaptation of a life of an empowered woman. The film stars Audrey Tautou and details the early life of French fashion designer Coco Chanel. How delicate orphan Gabrielle Chanel made her way to French podiums and changed fashion identity at its core? The secret is her willpower and strong self-belief.

This story doesn’t cover her shining career years but focuses solely on her path to success. It is a great example for everyone who lacks confidence in their ideas. Your vision deserves recognition, no matter how different it is from common opinions. 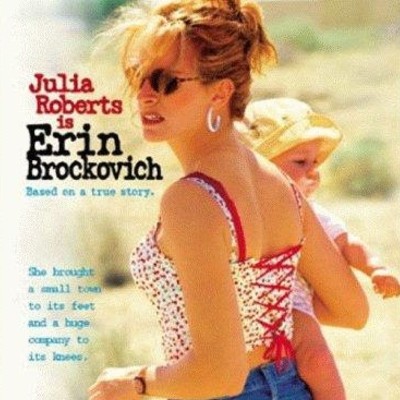 This isn’t exactly a story of a successful woman in business. But Erin Brokovich became an iconic example of a powerful woman who isn’t afraid of challenges.

A biographical drama tells the inspirational story of Erin Brokovich, America’s most famous environmental activist and lawyer without relevant law education. How an unemployed single mother became a legal assistant and almost single-handedly brought down a California power company accused of polluting a city’s water supply? This story deserves your attention, no doubt. 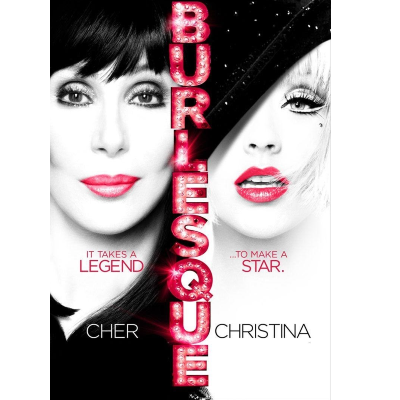 First of all, this is a musical film that shows pop diva Christina Aguilera shining in all her glory. However, besides the story of a girl conquering the world of show business, there is another inspirational woman character – Tess, the cabaret owner. What will it take for a brave entrepreneur to defend her business? This film definitely deserves your attention. 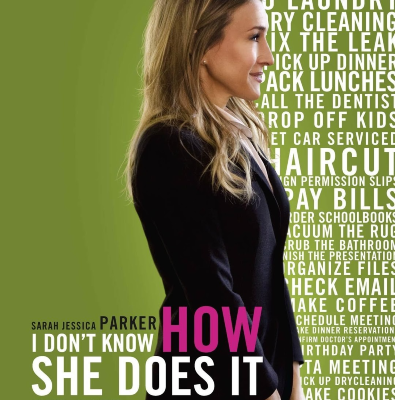 It is not easy for a modern woman to have time for everything: to prosper in a professional field, to raise children, to equip and maintain home comfort, etc. We look at such women who nevertheless manage to keep up with all the hares with admiration. The only question left to ask: “How does she do it?”

The leading character portrayed by Sarah Jessica Parker is a fund manager and a mother of two. She has been able to keep up with a successful career and a happy family in an unthinkable way for a long time. Will it last forever? Find out from the movie. 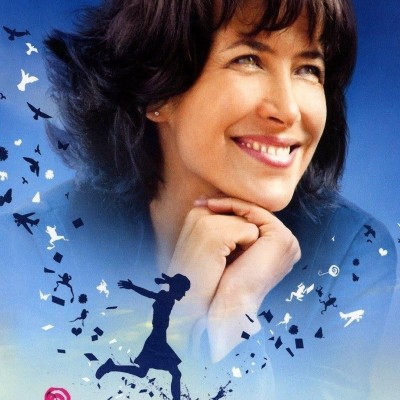 A French comedy about finding your true self and life vocation, starring Sophie Marceau. A young and successful businesswoman strives to understand her life’s meaning while remembering that life is not only about numbers, charts, and money. 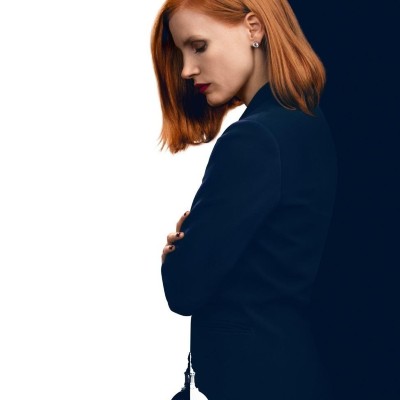 A political drama about a strong, domineering woman who always gets her way. Possessing the art of manipulation and an iron grip, she has not yet lost a single case.

The film is about Elizabeth Sloan. She works for Cole, Kravitz & Waterman, a lobbying firm. Elizabeth is so good at what she does that she is called the political business shark. She takes on any cases and never loses. What stands behind her power? The answer lies on the surface.

The Best Inspiration Is YOU

Inspiration means the world to a dedicated professional. But it is nearly not enough to turn goals into results. Looking up to a specific lady figure is a working technique to stay inspired. But hard work is the key to success. The more you work, the more you achieve.

If you need an example to follow, don’t take the lead from a fictional character. Become an example yourself. Become the best version you can be. However corny it sounds, you must focus on your self-growth and look up to the person you wish to be.