Loans have a long history in our history. Their start can be traced all the way back to the agrarian revolution when people started to create products not only for their own needs but to trade with others as well. When trade started becoming more popular, loans started to boost the economy because every seller wanted to make a bigger profit.

Before money was invented, the concept of a loan was quite interesting. Let’s say that you had a few cows, and your neighbor had some too. However, a pack of wolves came one night and killed all of the cows of your neighbor. That’s an external event that no one had control over. Click here to read more info.

Because you’re nearby, you decide to lend them a cow, and they can use it to produce milk, but after a year or two, they need to give you back two cows and a bit of milk each week. That’s a fair deal. In essence, a loan means getting immediate possession of goods in exchange for future returns.

In the same example, if you gave a cow to your neighbor, they could pay you the interest in cash and also give back the monetary equivalent of the farm animal. It made things a lot easier.

How did people look at loans?

A lot of historical findings show that banks and lending institutions existed in ancient Babylon. That’s the same place where the Epic of Gilgamesh was born. Even though that was the only piece of written myth and literature that was preserved, all of the other clay boards are a record of who owes what to somebody else.

This just goes to show how this function has contributed to making society work better. In Ancient Greece, Demosthene showed a lot of respect towards loans, and he proclaimed that people should never underestimate their power since those who suppress the meaning are suppressing life itself. As time went by, specific knowledge about interest rates and accounting started to develop, and that’s how banks were brought into life.

The word bank comes from a Latin word that means a table for money. This new institution brought together new moments in the world of finances. The whole economic landscape started to function on a higher level. There were a couple of major reasons why anyone would take a loan in the ancient world.

First of all, because they didn’t have a regular stream of income. There weren’t any jobs that gave people a fixed income. Instead, they needed to rely on their crops and farm animals to live by, and that happened seasonally. Secondly, this solution made their existence better with the hopes that one day it could get better. That’s the day when they paid everything off.

Has anything changed up until today?

In terms of technology and advancement, a lot of things have changed. However, when talking about human nature, we’re pretty much the same as the people who walked on the earth before us. We don’t have fewer problems than them.

We just have different ones. More wealth has created different kinds of issues, and that is something that we all need to live with. Everyone wants to have more money, and loans give that opportunity if you have a good enough credit score.

One of the best things about living in today’s world is the rise of capitalism, which has made everything cheaper. In Ancient Greece, the interest rates for loans used to be as high as 48 percent. That’s insane compared to today’s standards. Back then, there was a single institution that took care of everything, and no one could control them.

Now, there are so many different lenders, and you just have to make your choice. These institutions compete against one another with lower prices, and that’s what makes it favorable for the consumer. Plus, everything is online, and you can check the information from the comfort of your own home. Even if you had a loan taken out, you can find a better deal and refinance with a couple of clicks or a couple of phone calls. Here’s how you can save money by refinancing. 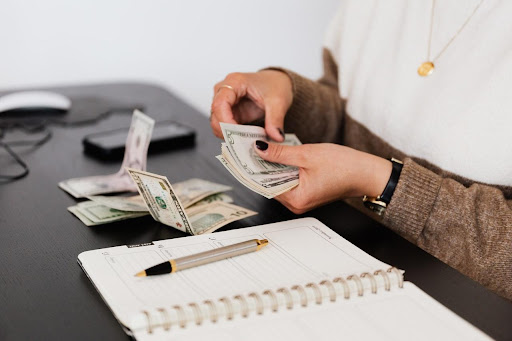 Refinancing is an act where you change and update the terms of a credit arrangement, most commonly in mortgages and large personal loans. This can be done as an individual or as a corporation, so it applies both to your individual needs and to your business as well.

Going through this process usually means that you want to improve your interest rate, prolong or shorten your payment schedule, and maybe make a favorable change to the conditions of the contract. If the process goes through, then you receive a completely new contract that replaces the previous one. For the borrower, this is a pretty good deal because they frequently get better interest rates which result in possible savings from the new arrangement.

The environment for refinancing changes frequently. This all depends on how the government and central bank interact with each other. These two bodies determine the policies which impact the interest rates. When rates are increasing, this means that the new policy should be more oriented toward savings and investments.

That limits the money in circulation, and it promotes a closed economy. This is a time when you should be happy with the deal that you got. On the other hand, when rates are dropping, then it’s time to look for a better deal on your mortgage or similar arrangement. Lower rates mean that the government and central bank want to promote spending, which will boost the economy in a significant way. You could get a better deal on your student loans or on your mortgage in a single afternoon.

How does it work?

The best way to explain a complicated topic is by using examples. Here are a few situations that you might find yourself in and what steps you can take. Let’s say that during your early 20s, you wanted to go to college, and you took out a student loan. That’s a pretty normal thing to do. After you finish your studies, you go to work, and you start repaying the monthly rate.

But, after your first paycheck, you realize that your wage is not enough to live a comfortable life. You can’t go out with your friends, and you can’t make ends meet at the end of the month. In this case, it would be wise to go to the bank and see whether there’s an option to prolong the length of the loan.

If you borrowed the money over 15 years, increasing the time period to 30 years will decrease your monthly rate by half. If you were paying 500 bucks each month, you could be paying 250. That leaves you with enough room to go out and enjoy a few events with your friends, and maybe buy a new piece of clothing.

After a few months, you get a promotion at your job, and your paycheck starts to increase. Eventually, you begin saving a bit of money on the side, and then you find a better job that pays you double than what you were earning before. You can go to gjeld to read more about it. Additionally, the interest rates become lower, and you decide to go to the bank again.

Now, since you have much more money than before, you can decrease the time it takes to repay the entire loan, and you can also decrease the interest rate. This will help you save double the money over the long term because you’re doing two things at once. Of course, your monthly payments are going to be much higher than before, but the chore of paying will be gone from your life much sooner. Over the long term, that’s going to save you a substantial amount of dollars that can be invested.

What kind of options do you have?

There is a large variety of alternatives available at every corner. The option you choose depends on your individual requirements. The most prevalent kind is oriented towards rates and terms, which we explained above. Another option is choosing to go from a variable rate to a fixed version.

This will help you increase the predictability of payments, and it will keep your contract within the confines of a fixed payment instead of relying on the state of the economy at the moment. There’s also the option to go for a cash-out which is quite typical. In this case, you’re removing the equity in return for a larger amount. In this case, you need to be careful since the rates usually become higher.

This option boosts the amount of money you can take and gives you instant access to cash, and you keep being the owner of the specific asset. On the other hand, you can also choose a cash-in version where you’re doing the complete opposite.

If you get a sudden influx of money, you can pay down a portion of the loan in exchange for a reduced money-interest ratio which can decrease your monthly payments. There are financial advisors and professionals that can guide you during the process and tweak some terms based on the individual case. When going for this option, there’s no need to rush without doing all of the necessary research.