Some hair loss is normal. In fact, everyone sheds between 50-100 hairs on a daily basis. But, when you lose too much hair, it starts to become noticeable as hair thins, resulting in bald patches or receding hairlines.

Hair loss is also a lot more common in women than most people realize. Studies estimate that over 50% of women experience visible hair loss at some point in their lives. Many forms of hair loss are treatable, and some will come and go due to different triggers.

But did you know that according to research by the National Institute of Health 29% of women suffering from hair loss report 2 or more symptoms of depression? And among postmenopausal females, as many as 40% suffer bald spots or hair thinning?

Hair loss most times has a greater impact on women than men as it’s less socially acceptable. And it can drastically affect a woman’s quality of life and emotional well being.

In men, hair loss generally starts above the temples, with a receding hairline that eventually creates the characteristics “M” shape. The man’s hair at the top of his head also thins, most times leading to baldness.

In women, however, hair loss starts with gradual part line thinning, followed by rapid diffuse hair loss which radiates from the top of the head.

It’s quite rare for a woman’s hairline to recede, and females rarely get bald.

However, the important thing to remember is that identifying the cause of hair loss is paramount to finding the right treatment option. So, here are 7 common reasons for female hair loss and how they can be treated:

Sometimes referred to as “male pattern baldness,” androgenic alopecia includes a receding hairline and thinning around the crown. In women, symptoms might not be visible until later in life and involves a general thinning all over the scalp.

This condition is genetic but can be accelerated by the presence of other health conditions such as hormone disorders, weight issues, or anemia (low iron levels).

Treatment options can range from topical treatments like Rogaine to anti-androgen medication or iron supplements, depending on the root cause as identified by a medical professional.

Trichotillonmania is a mental health condition also known as hair pulling disorder. It involves ongoing urges to pull hair from the scalp, eyebrows, eyelashes, and other parts of the body.

The condition is usually treated with different forms of Cognitive Behavioral Therapy (CBT), particularly Habit Reversal Therapy (HRT). Online therapy for trichotillomania can also be very effective. You can join the GROW community for some online support from professionals and fellow sufferers to help relieve the stress of this condition.

If you’re noticing your hair loss around the temples in particular, stress may be the culprit. That’s because high stress levels cause our body to produce a chemical called cortisol. This chemical then signals to the hair follicles to move out of the hair growth phase into a transition phase, causing the hair to fall out.

The good news is that hair loss due to stress often grows back perfectly once you manage to get your stress levels under control. 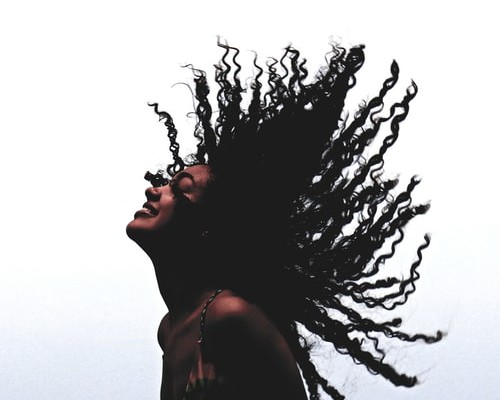 Luckily, hair growth cycles return to normal anywhere from 6-12 months after giving birth. But if the hair loss concerns you, it’s a good idea to ensure a healthy diet full of nutrients and avoid styling the hair too much.

This usually only happens due to extreme or fast weight loss, but losing weight can cause some hair loss. That’s because sending your metabolic system into chaos has a chemical effect on the hair follicles, sending them out of the growth phase and into the transition phase of the hair growth cycle.

The best way to avoid or reduce this is to ensure your weight loss is gradual and healthy.

Using the wrong tools or hair products can be very damaging to your hair. It can cause damage on it’s own, but it can also accelerate the other causes of hair loss on this list.

Heat products such as straighteners and curlers are particularly common culprits, but hair styles that pull the hair, such as tight ponytails, can also damage the hair follicles.

It’s a good idea to ensure you let your hair down often, use professional grade products, and sleep with your hair loosely tied up.

Anaemia is a condition caused by a lack of iron in the body. Iron is primarily gained from including red meat and plenty of green vegetables into your diet.

When you’re not getting the right amount of iron, your blood struggles to produce hemoglobin, which is responsible for providing oxygen to your cells so they can repair and grow. That includes the cells responsible for hair growth, which is why anaemia can cause hair loss.

If you’re concerned about hair loss, don’t feel alone. It’s so common and there are so many treatment options out there – you just need to take the first step of asking for help.